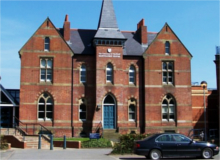 I have attended a two-day conference on EU External Relations Law and Policy in the Post-Lisbon Era at the University of Sheffield on 13-14 January 2011 to present a paper on EU competence in the field of the CFSP. Here is the abstract.

Since its inception in the early 1970s, foreign policy cooperation between the EU Member States has developed in an incremental fashion. Most of the institutional and substantive changes introduced by the Treaty of Lisbon to the CFSP fit this traditional pattern of development. In other respects, however, the Treaty of Lisbon seems to depart from the incrementalism of the past. The merger of the previously separate legal orders and personalities of the EU and the EC represents one such change. I will argue that this merger has important implications for the legal nature of the Union’s competence in the area of the CFSP. My paper will examine these implications and suggest that the way in which the Lisbon Treaty addresses the issue is far from ideal. The Treaty fails to clarify the relationship between the Union’s competence in CFSP and the corresponding capacities of the Member States as precisely as it could have, thereby potentially enabling the Court of Justice to step in to fill this gap.