From Foes to Friends: Foreign Troops in Post-Conflict Situations 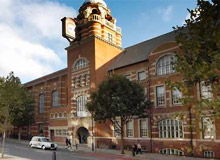 I am presenting a seminar on 13 November 2013 to the International Law and Affairs Group (ILAG) at City Law School. The title of the seminar is ‘From Foes to Friends: Foreign Troops in Post-conflict Situations’. Here is the abstract:

Foreign armed forces frequently play an important part in the transition from a state of conflict to a state of peace, yet their presence more often than not is a source of controversy, as the cases of Kosovo, Iraq and Afghanistan demonstrate. Under these circumstances, we may legitimately expect the rules of international law governing the legal status of such forces to serve a dual function: they should lay down certain general standards of behaviour and provide a framework for interaction between sending States and host States, thus injecting a measure of predictability and procedural legitimacy into an otherwise highly volatile legal and political setting.