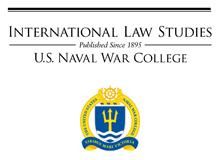 In recent years, the United Kingdom has seen a steady flow of legal challenges arising out of its involvement in the armed conflicts in Afghanistan and Iraq. Among these, the case of Serdar Mohammed, decided by the English High Court in May 2014, is of particular interest because of its wider implications. In essence, the High Court’s judgment in Mohammed questions the existence of a legal basis under the law of armed conflict for the conduct of status-based operations in non-international armed conflicts. This article demonstrates that the restrictive approach adopted by the High Court in Mohammed is mistaken as a matter of law and undesirable as a matter of policy. In short, Mohammed drives the convergence between international human rights law and the law of armed conflict too far.