Was the drone strike on IS recruiter Sally Jones lawful? 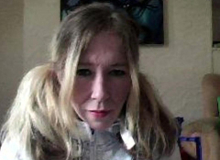 Sally Jones, a British member of Islamic State (IS), was reportedly killed by a US drone strike in June 2017 inside Syria. Her 12-year-old son, JoJo, is believed to have been killed alongside her. In news reports about the strike, which has come to light only recently, there has been confusion about the legal framework governing the operation. An article in the Guardian assessed its legality in light of the rules governing the use of force, which determine under what circumstances states may use force in international relations.

Targeting members of IS

The UK and the US are engaged in a non-international armed conflict against IS, an organised armed group. The operation to kill Jones was carried out by US forces, possibly with UK support, in the context of this ongoing conflict. In line with the Interpretive Guidance on direct participation in hostilities adopted by the International Committee of the Red Cross (ICRC), members of an organised armed force are not civilians. This means that they are liable to direct attack on the basis of their membership status, rather than on the grounds that they may pose an individual threat. Jones was therefore a legitimate target of attack if she was a member of the armed forces of IS. But this raises the question of whether she satisfied the relevant membership criteria.

According to the ICRC, only a person who carries out a continuous combat function may be deemed to be a member of an organised armed group. This approach has attracted some support, but it has also been criticised, including by leading experts, for being too restrictive. The US Department of Defense adopts a wider approach in its Law of War Manual, declaring that membership of an organised armed group may depend on a broader range of functional criteria. These include whether the person performed combat or combat-supporting tasks on behalf of the group similar to those carried out by members of a country’s armed forces.

Jones is widely reported to have acted as a recruiter for IS. According to other reports, she was also responsible for training new recruits. Under the ICRC guidelines, recruitment and training do not qualify as a continuous combat function unless the person also directly participates in hostilities. By contrast, on the wider approach adopted by the US Department of Defense manual, carrying out recruitment and training activities on behalf of an organised armed group may qualify as membership.

Several press reports suggested that Jones’s son JoJo could not have been a “combatant” due to his age and was therefore not a legitimate target of attack. This does not reflect the law of armed conflict. Membership in an organised armed group is not dependent on age with minimum or maximum age limits. Child soldiers are a deplorable, but nonetheless very real, aspect of warfare. If JoJo satisfied the criteria of membership of the armed forces of IS, he was liable to attack. The fact that JoJo appeared in IS propaganda videos, clad in military uniform and participated in the execution of detainees, means that there are at least some indicators to suggest that he might have assumed membership.

By contrast, if JoJo was not a member of an organised armed group and did not directly participate in hostilities, it would not have been lawful to target him directly. However, the law of armed conflict accepts that civilians may suffer a certain amount of incidental harm, colloquially known as “collateral damage”, as a result of attacks on lawful targets. So as long as the US took all feasible steps to minimise causing JoJo harm, and any expected harm was not excessive in relation to the military benefit of attacking his mother, his death satisfied the rule of proportionality and therefore conformed with the law of armed conflict.

The law and the facts

Whether or not Jones constituted a lawful target of attack depends on what the relevant criteria are for membership in an organised armed group. The point is not fully settled, but the broader approach adopted by the US better reflects the logic of the law of armed conflict. The legality of the strike also depends on the facts, as they were known to the US forces that carried out the operation. Key to this is the role that Jones and her son played in IS. What is legally relevant in this respect is their formal and functional relationship with IS. Age, the existence of a threat and its imminence are not.

The Sun is reporting that Britain's most wanted woman and Islamic State recruiter Sally Jones has been killed in a drone strike pic.twitter.com/gn9bWL9H9K

This article was originally published on The Conversation. Read the original article.