Legal Resilience in an Era of Hybrid Threats

It has been a busy few months since the start of the term in September. I have spent some of this time discussing my research on the legal aspects of hybrid warfare with professional and academic colleagues.

On 13 September 2017, I spoke before an audience of military and civilian legal advisors in Stuttgart (Germany) to offer an overview of the legal dynamics of hybrid threats, sharing a panel with Jann Kleffner and Kenneth Watkin, chaired by Geoff Corn. The event was convened jointly by the United States African, Central and European Commands. Later that month, I spoke at a conference convened by the International Society for Military Law and the Law of War in Bruges. Sharing a panel with William Boothby, I discussed in greater detail how legal thresholds enable hybrid adversaries to exploit the rules of international law to their own advantage. I also offered a series of recommendations on how nations and international organizations exposed to such tactics may respond. In November, I contributed to a hearing of the Committee on Legal Affairs and Human Rights of the Parliamentary Assembly of the Council of Europe on hybrid warfare and human rights. Sadly, time was short, so I limited myself to explaining the core legal dynamics at play in hybrid warfare. In early December, I visited Paris to contribute, for the second time, to a course on hybrid threats organised by the French Higher Institute for National Defence Studies under the auspices of the European Security and Defence College.

The highlight of the term was a trip to Helsinki in November to participate in the launch of the a seminar on legal resilience organised by the European Centre of Excellence for Countering Hybrid Threats. The seminar brought together some 30 participants from different branches of government and embassies of the Centre’s member states. The event saw the launch of a network on legal resilience to serve as a venue, over the coming months, for sharing best practices and experiences in addressing legal vulnerabilities in the context of hybrid warfare; experimentation and exercising to test and refine concepts, shed light on legal vulnerabilities and threats and to explore response mechanisms and procedures; and in-depth research to gain a deeper understanding of a range of relevant themes and subjects. 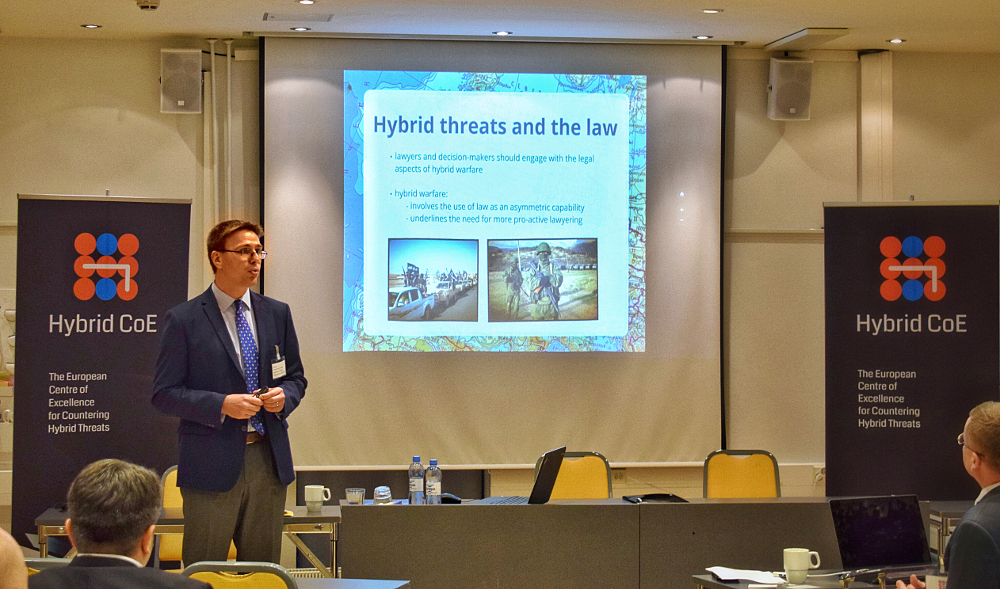